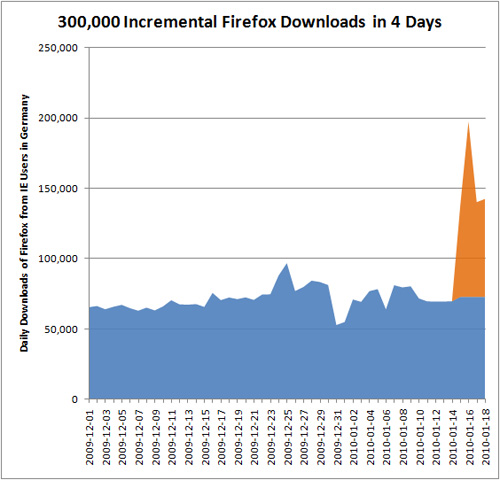 First came the warning from the German, Australian, and French governments respectively against Internet Explorer, then came the rush to get safer web browsers like Opera and Firefox.
The graph above (from The Register) is very explicit, in Germany alone, Firefox got 300,000 extra downloads in just four days.

According to a Mozilla spokeswoman, the outfit has also seen an uptick in website traffic from France, but she says the added traffic will take another day to two to register with the outfit’s download stats. An Opera spokesman tells us that unlike Mozilla, his company has not seen a significant download uptick from the French.