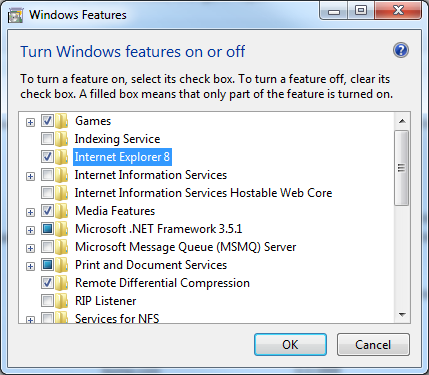 … Sounds crazy. With Windows 7 it would be possible to turn-off Internet Explorer 8, but not uninstall it — not yet.
So after 12 long years, with the help of the EU (European Union) Windows partially-divorces with one of its most controversial applications, Internet Explorer -IE. This naturally makes way for a more “open” or a less treacherous browser competition.

Preamble – Microsoft, that has been accused and found guilty for violating Antitrust Laws for making IE not only the default browser of Windows but also “untouchable”.