Solang is an open source photo manager for the Gnome Desktop that looks very similar to the Gnome in-built F-Spot. This similarity is simply due to the use of F-Spot icons in Solang. Many have also tagged the new-born Solang as a Mono-Free version and alternative to F-Spot. Well, that its Mono-Free is true, Solang is written in C++ anf GTK+, that it’s a ported version of F-Spot has still to be confirmed. 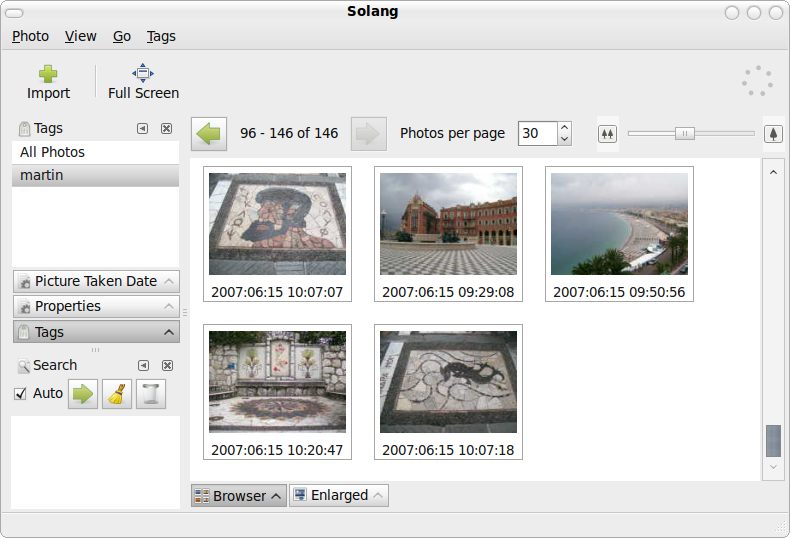 Solang still doesn’t have a stable .deb for your Ubuntu, you’ll have to compile the git version of Solang. But you’ll also have to deal with its numerous dependencies.

Compile and install with

If you get smoothly to the end, then run from your command-line or Alt+F2 with the command solang

Permit me to say compiled Solang “partially” works. You can import photos, increase thumbnails size, enlarge photos. Issues arise with tagging and tag-searching. It has no Right-Click Menu – strange enough and no image-rotation.
The UI is what you see in the screenshot above. The compilation on my Ubuntu 9.04 took more than ten minutes but went thru.

The success of this projects depends not on its being Mono-free, but if it will get major improvements in the near future and much need extensions, why not.