VLC 1.0 is Finally Out with Better File Support and Playback 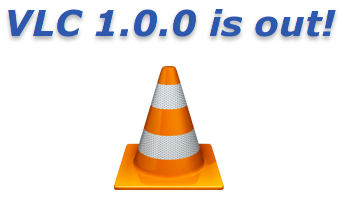 VLC, the best Linux media player leaves beta and goes 1.0 final. This open source media player that is capable of playing most of your media files out-of-the-box gets even better and reads more media files formats than before, the new comers are; Raw Dirac and M2TS.