For Windows/Mac/Linux: DownloadHelper, the Firefox extension that helps you capture video from websites by simply clicking the DownloadHelper animated icon gets a new exciting feature. This top firefox extensions gets an update from version 4.5 to version 4.6 and adds the capability to Tweet a Video Over to Twitter. 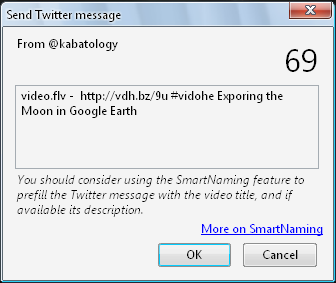 Other features and fixes in DownloadHelper 4.6

DownloadHelper is a free download for Mac, Linux and Windows. It works on any system that has Firefox 1.5 up to Firefox 3.5 and Firefox 3.6a1pre.