The Ubuntu development team has just released the sixth and last Alpha version of the upcoming Ubuntu 9.10 a.k.a Karmic Koala, due for release in late October this year.

What’s new in Ubuntu 9.10 Alpha 6!
– Usplash — the boot splash screen has been taken-off.
– The Ubuntu Software Store application is now available under the System menu. 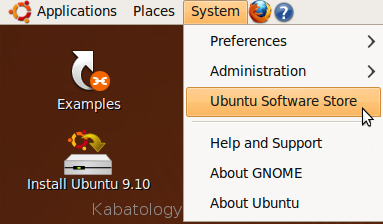 Get a copy right-away