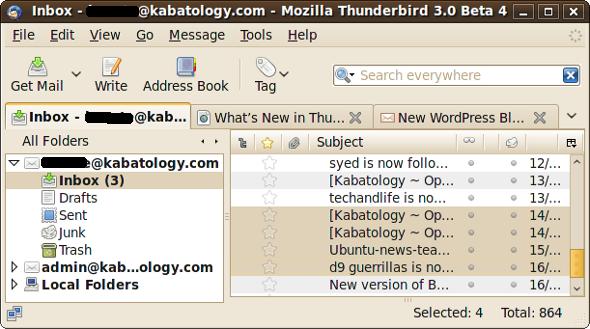 For Windows, Mac and Linux: The Mozilla Thunderbird team released today the fourth beta of its popular desktop email client Thunderbird 3. This new beta release is available for download for all major operating systems, Linux included and has supports for 42 different languages. The release notes of Thunderbird 3 beta 4 is a long run-down of improvements and confirmations. [Update:1] Thunderbird 3 Beta 4 is the last planned beta before Thunderbird 3 final. 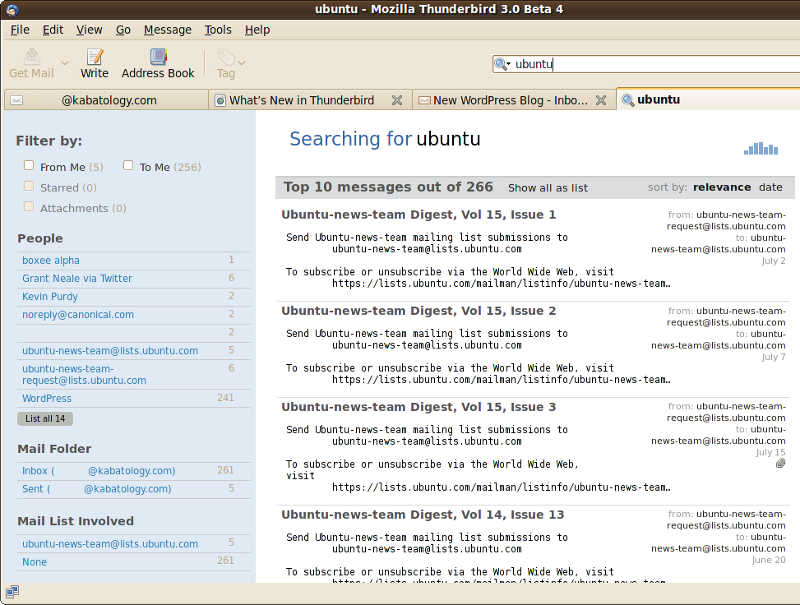 Performance improvements have also been made on the way IMAP connections are handled: Thunderbird now downloads IMAP messages by default in the background to allow for faster message loading and better offline operation.

If you intend installing Thunderbird 3 beta 4 in your Ubuntu as your default email client, remember its still a beta with several bugs, but if you still want to try then quickly read through this: A Single Command Install of Thunderbird 3 beta 3 on Ubuntu