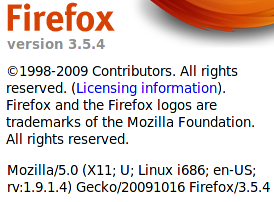 Ubuntu users will soon be prompted for an update, but they can still lay their hands on a safer Firefox by downloading Firefox 3.5.4 from Mozilla’s website. For a complete list of changes in this version see the changelog