If you’re looking for a utility that’s more powerful than a text editor but is still light on your system then consider Nitro, a basic, free to-do lists manager that offers Dropbox and Ubuntu One Synchronization. Nitro also supports Smart Lists – lists based on self-defined criteria, easy editing and Quick Search. It’s clean interface makes it likable, Tagging is supported, like-wise Theming. Completed tasks go to rest at Logbook. What else? Now that Ubuntu One has momentarily turned-off sync with Tomboy Note, you can turn Nitro into your favorite to-do list note taker. Sync is automatic, if you have a Ubuntu One or DropBox account. Nitro is also available to download for Mac OS X and the Chrome browser. 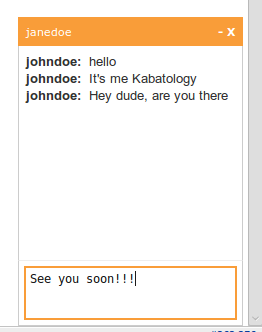 If you like the Facebook type of chat and want something similar on your website, then this jQuery chat module is exactly what you are looking for. Though it lacks rosters, you can’t see which users are online, it is rather easy to implement.
[update] . END_OF_DOCUMENT_TOKEN_TO_BE_REPLACED

After the release of Google Chrome 2.0 browser, here comes a portable version for your USB Stick. Like all portable applications, it’s a no-install, and has all the features/characteristics of the original Chrome browser. END_OF_DOCUMENT_TOKEN_TO_BE_REPLACED