Just a few day back Firefox 3.5 was officially released to the general public. It’s now been downloaded over 10 million times. It hit 10 million according to Mozilla’s real-time download tracker just before I started writing this post.

The graph show the US is leading in the downloads, as usual, but its a huge surprise to see Germany at second place with almost 1.2 million downloads with respect to third place Japan at 550 thousand downloads.
I expected more from China and India that do not even feature in the top 10.
Iran that had a better position with Firefox 3.0 is nowhere to be found, for reasons we all know. 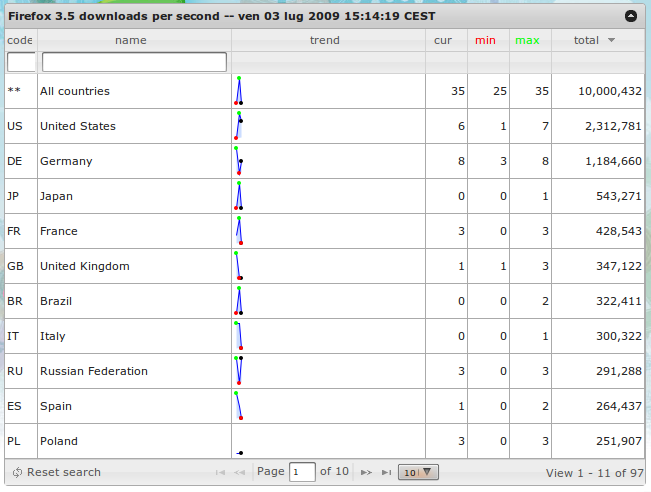 If you haven’t downloaded, then what are you waiting. See how to run Firefox 3.5 on Ubuntu with a single command. Also enrich your portable hard drive with Firefox 3.5 Portable Edition by PortableApps.com