Web Apps have landed on Google Chrome Dev Channel and Chromium, recent Chrome Dev channel that you can download here ships three Chrome Web Apps for the curious and for testing purposes. Google Mail (GMail), Google Doc, and Google Calender functionalities can be enabled in Google Chrome Dev and Chromium browsers in the mean time, while waiting for the Chrome Web Store later this year, that will include both free and paclass web apps. END_OF_DOCUMENT_TOKEN_TO_BE_REPLACED

Posted in Browsers, Chrome OS, Open-Source | Comments Off on How to enable Google Chrome Web Apps

Time to Download your own Google Chrome OS Build 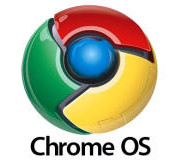 The web is crowded with lots of information on the Debian based Google Chrome OS promptly called Chrome OS. If you’re eager to get your hands on the newly released Linux operating system then grab the ready to use VMware compiled image of Chrome OS for testing on a virtual machine environment like the freely available, cross-platform VirtualBox.

This is not an official build, it was complied by a guy at Pirate bay BitTorrent, so it might not be that safe. Chrome OS is open source so you can as well download the source code and build yours. Instructions are available at the Chromium OS developers site. Running Chrome OS in a virtual machine also means you won’t get all its power and performance like the 7 second boot time – Nonetheless its worth a try and costs you nothing.