Though Skype for Linux tremendously lags behind in development from its Windows and Mac counterparts it was recently added to the Ubuntu repository, Canonical Partner Repositories to be precise.
The partner repositories offer access to proprietary and closed-source software and are not enabled by default in Ubuntu 10.04, you’ll have to enable them in the Software Sources manager at System -> Administration, under the “Other Software” tab formerly known as “Third-Party Software”. END_OF_DOCUMENT_TOKEN_TO_BE_REPLACED

Posted in Linux Packages, Ubuntu | Comments Off on Install Skype in Ubuntu 10.04

GnoMenu gets ‘wrapped up’ in Avant Window Navigator (AWN) 0.4 Beta 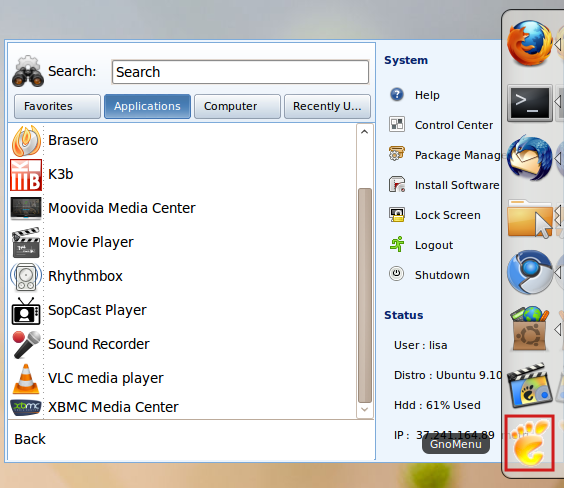 GnoMenu , eye-candy Applications Menu will have version 2.0 out soon, maybe on the 15th of this month and Avant Window Navigator, my favorite dock will soon be releasing version 0.4 with support for non composited Linux desktops. Right now you can get version 0.3.9.1 also considered as AWN 0.4 beta from PPA for Awn Testing Team or simply add this line to your Ubuntu 9.10 Karmic sources.list: ppa:awn-testing/ppa and get updates via the Update Manager.

AWN 0.4 beta (AWN 0.3.9.1) now has an applet for GnoMenu, so after installing GnoMenu (using its new PPA repository) instead of adding it to the gnome-panel, move to “Awn Settings” in Preferences menu, under the “Applets” tab, look for GnoMenu and drag it into “Active Applets”. That will be its new launching spot – great indeed. In the screenshot above AWN “Orientation” is on the right and GnoMenu is “Slab” skinned.

Chrome and Chromium for Linux Dev Builds Get Extension Manager 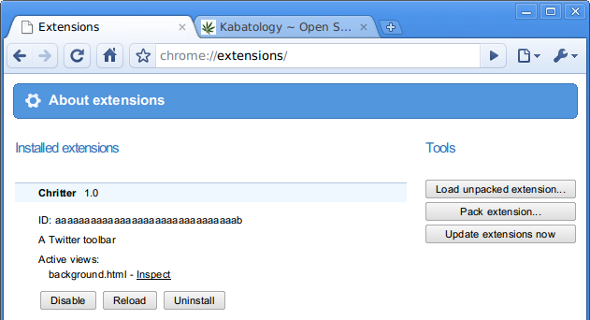 Google Chrome for Linux and Chromium for Linux -- Development (Dev) builds, like their Windows counterpart, now have an extension manager that offers an easy and convenient way to monitor and manager your extensions that strange enough do not work.
END_OF_DOCUMENT_TOKEN_TO_BE_REPLACED

Solang the open source Photo Manager for the Gnome Desktop keeps growing. It was first mention here on this blog when it was at its very first release -- version 0.1, now its at version 0.2.

but it also comes with new dependencies ; Flickcurl, LibSoup and WebKit Gtk+ to be added to these;

For more on the new features in Solang 0.2, hit the link below and move to the authors website.

Tomboy is a wiki-style desktop note-taking application originally developed for Linux and Unix operating systems, but is now fully supported on Windows and Mac OS X and is very famous amongst Ubuntu users.

This light-weight open source application aims at improving your productivity as it helps you organize pieces of information grabbed from here and there an placed here and there, with wiki-like links,
Case Sensitive search, out-of-the-way advanced editing features and more. END_OF_DOCUMENT_TOKEN_TO_BE_REPLACED