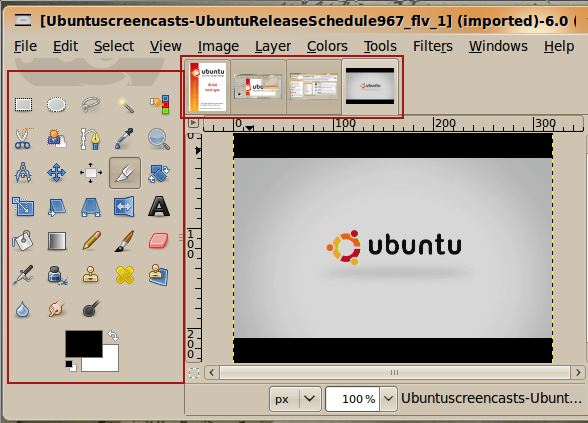 It’s no news that Gimp 2.8 is going to have a single-window optional mode – it has been confirmed, but Gimp 2.8 will have other goodies like ‘Multiple column inspectors’, ‘Polaroclass overlays’ and ‘Switch between open images using an easy history thumbnail bar’ – this last option is already present in Gimp 2.7, you can see it in the screenshot above. END_OF_DOCUMENT_TOKEN_TO_BE_REPLACED 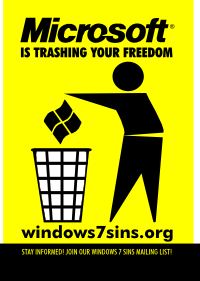 “The new version of Microsoft’s Windows operating system, Windows 7, has the same problem that Vista, XP, and all previous versions have had -- it’s proprietary software. Users are not permitted to share or modify the Windows software, or examine how it works inside.” says Windows 7 Sins, the web site set-up by the Free Software Foundation – FSF to wage a fight against Microsoft’s predominant role in the OS world.

Well, this blog: Kabatology ~ Open Source, Linux wholeheartedly supports the campaign. Certainly many readers will be asking what makes Free software so different from Proprietary software. Well, I have for you the Digsby example. In the post Digsby Joins the Dark Sclasse, Uses Your PC to Make Money, Lifehacker explains how the instant messenger client Digsby “not only bundles half a dozen optional crapware applications” into your system but how it’s also “using your computer to crawl the web, do stock market research”.

That Lifehacker post ends with “Stick with Open Source: The only way you are definitely going to avoid greedy software developers exploiting you is to stick with open source, make sure to donate to your favourite open source projects, and stop installing software with bundled crapware.”

Well the Digsby case is quite unique, it’s not the case with Windows, but they are quite close.

Celebrations for the one billion Firefox downloads kick-off at the 1,000,000,000 + You website. Many powerful slogans like “One billion stacked coins would reach nearly 1,000 miles high” or “A bowl big enough to fit one billion goldfish would be as big as a stadium” count on you for a “tweet”.
END_OF_DOCUMENT_TOKEN_TO_BE_REPLACED

Posted in Firefox, Open Source Advocacy, Open-Source, Ubuntu, Windows | Comments Off on Firefox: We are the world We are the billions Switching to Linux might also mean saying goodbye to some of your favorite software, if that software is not available for the Linux OS, but it is good to know that in such cases there is often an equivalent application, with the same functionality with the one you left behind, so you just have to learn and adapt to this new product(easier said than done). END_OF_DOCUMENT_TOKEN_TO_BE_REPLACED